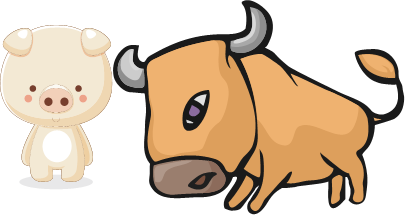 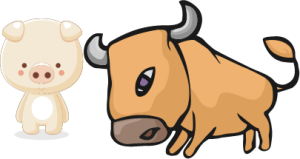 When I was in High School, I showed animals in FFA.  One year, I had a pig named Pork Chop.  Pork Chop was the best animal I showed.  From day 1, it did exactly what I wanted.  I would touch its ear, and it would turn.  Showing Pork Chop was a dream.  Then there was Bari.  Bari was a steer.  I was so proud when I picked him out at our auction our Ag teacher had arranged.  I took Daddy to see him afterwards, and was stunned to see this massive steer trying to jump out over the top of the pen.  As the months went by, I would drag him away from the pen, and he would drag me back.  We pulled him behind vehicles, and spent hours trying to train him.  He never would break.  He never would do as I wanted.  On the day of the show, it was all I could do to hold him in place and pray he didn’t escape and kill half of Ferris.

As I remembered Pork Chop and Bari this morning in my quiet time, I thought of my walk with God.  Looking back on life, I know there were times I was as stubborn and bull-headed as Bari.  God would pull me in a direction, and I would pull the opposite way.  Other times, I have yielded to His leadership and complied without hesitation.  The times I remain submissive to His will have been far better than the other times.  Unlike my fiasco with Bari, God is able to break my stubborn will.  Ask Jonah how well running from God turns out.

If only we would be compliant to God’s will, we would save ourselves a lot of trouble.  Like Pork Chop, let us do what God wants when He wants.    Let us pray with Jesus in the model prayer, “Thy Kingdom come, Thy will be done on earth as it is in heaven.”