Have you ever faced a task which seemed too big? A mountain of work to be done so daunting that you doubted you could ever complete the task? How do you face that?

I sometimes feel that way when thinking about the great commission. There are so many in need of the Lord. There are so many around us who have real needs to be met. How do we can we make a difference? I came across this quote by Ryan Romeo in my devotions one morning, “Not every church makes the same impact, but every church carries the same significance. From Outcry deco for church leaders,” Every church has a part to play in carrying out the mission.

We sometimes may ask, what difference can we make? The answer is we can do our part. Jesus gave us our marching orders in Matthew 28:19-20 when He said, “19 Go therefore and make disciples of all nations, baptizing them in the name of the Father and of the Son and of the Holy Spirit, 20 teaching them to observe all that I have commanded you. And behold, I am with you always, to the end of the age.” We aren’t responsible to win everyone in the world by ourselves. We are called to do our part. As we partner with brothers and sisters around the world, we add our impacts together and can reach more. We are judged by our faithfulness with what God has entrusted to us, not the impact we make globally.

That is why we partner with other churches in supporting ministries like Lifeword. Lifeword shares the gospel in many languages around the world. They have adapted as technologies have changed and now have the Lifeword cloud to present the gospel and discipleship tools in the heart language of people around the globe via the internet. We do our part in our community and have a larger impact as we pool our resources with sister churches. 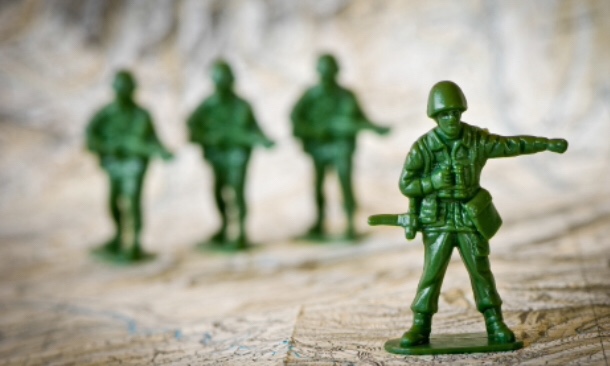 Have you ever seen Karate Kid. The Master agrees to teach the student karate. Danny shows up ready to go and instead is made to paint the fence, wax the car, sand the floor. In frustration he complains he is doing chores and. It learning to fight. Miraculously, it is revealed that each move he was doing was part of the karate and had built muscle memory. The point was a lesson we all need to learn in our walk with God, trust and obey.

Joshua and Israel learned that lesson at Jericho. God gave them strange marching orders. Instead of attacking or laying a long siege, Gus told them to march aprons the city silently every day for six days. One thing seventh, they went around seven times. Notice the outcome:

God granted Joshua and the Israelites success because they faithfully sought His instruction and then obeyed it. And God will do the same for you and me as we seek and obey Him. We must remember that obedience to God is always a prelude to success

When we stick to God’s plan success as He defines it is guaranteed.