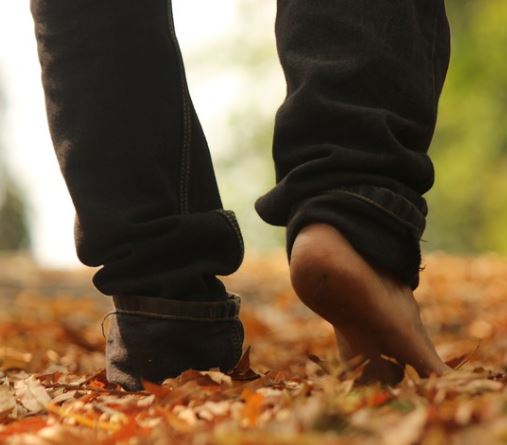 How do you walk?  Sounds like a silly question doesn’t it?  If you have ever had an injury or illness which hindered your ability to walk it isn’t so simple.  When I had Guillain-Barre Syndrome, I was unable to even turn over in bed. Walking was out of the question.  As I began to improve, I was very unsteady and had to think about something I had taken for granted.  Each step had to be contemplated and taken with a conscience effort.  I praise the Lord that I made a full recovery, but recently, as I read Ephesians, I came across the following instructions God gives us through Paul.

“I therefore, a prisoner for the Lord, urge you to walk in a manner worthy of the calling to which you have been called, with all humility and gentleness, with patience, bearing with one another in love, eager to maintain the unity of the Spirit in the bond of peace.” Ephesians 4:1-3 ESV

Our lifestyle is brought into focus in this passage.  We are challenged to purposefully walk worthy of our calling. It struck me that we need to pay attention to each move we make in life.  We need to intentionally choose steps which conform to the call of God and His purpose.  Our attitude is mentioned as well.  We are to walk in humility, gentleness, and patience.  We are to ensure our steps maintain unity with our brothers and sisters.  Each move must be focused on God and the needs of others.

So I ask again, how do you walk?

I began wearing glasses in elementary school.  I had no clue all that I had been missing.  Apparently, I had two conditions working to blur my vision.  My lens focused the image in front of the retina causing me to be nearsighted.  I could see things which were close, but at a distance, it was all a blur. To further complicate things, I had astigmatism.  My cornea causes further distortion of my vision.  So near or far, I had bad eyes and they have only gotten worse.  I  remember putting on my first pair of glasses and suddenly seeing the world with much more clarity.

Spiritually we can also need to have our vision adjusted. In Proverb 14:12 God says,  “There is a way that seems right to a man  but its end is the way to death” ESV

Human vision is faulty in spiritual matters. Sin distorts our perception of right and wrong.  Seeing circumstances through the lens of God’s word gives us a clear vision of the world.  When our perception aligns with His, we see the world as it really is.  It is easy to allow the world’s influence to skew our perception.  We grow more comfortable with the world’s point of view and less comfortable with God’s.  That is one of the reasons it is crucial for us to stay in God’s word.  Scripture regularly realigns our focus and keeps us on the right path.

Tradition can be a double-edged sword.  It can be both comforting and reassuring to have something firm in an unstable world, but it can also be an anchor which weighs us down in the past.

Jesus took the Pharisees to task for that very reason.  They were following their traditions to the exclusion of following God.   “And he said to them, “Well did Isaiah prophesy of you hypocrites, as it is written, “‘This people honors me with their lips, but their heart is far from me; in vain do they worship me, teaching as doctrines the commandments of men.’ You leave the commandment of God and hold to the tradition of men.”” Mark 7:6-8 ESV

The problem was that they let their traditions take the place of God’s word.  They were so focused on keeping traditions that they no longer worried about what God had said.  They taught as doctrines the commandments of men.  They kept the traditions, and that made them feel good, but they were disobeying God.

We can easily fall into the same pattern.  We can get so focused on doing what we have always done that we grow complacent.  We can think all is good when in truth we are no longer obeying God.   How sad if it can be said of us that we honor God with our lips, but our heart is far from Him.   Let us obey Him with our whole heart and not just give him lip service.

Did you know that a boiling water in the microwave can be dangerous?  When boiled in the microwave, especially in a new cup, the water can become superheated.  It heats up faster than the bubbles of water vapor can form.  What is so bad about that?  When you take it out through either jarring it or putting something in it,  the water is disturbed and allows it suddenly turn to steam.  There have been several people scalded by this.

That reminds me of several people today.  Many are walking around with their temper “superheated”.  The slightest provocation will turn into an eruption of scalding anger.  We see it on the streets, in classrooms, online, and even in halls of government.

God gave us wonderful words of wisdom in James 1:19 which will help us avoid the superheated temper.

First, be quick to hear.  Listen to others.  So often, we hear words and sort them to find a reason to get angry.  We are always on guard to defend ourselves and make assumptions about what someone means instead of listening. We have lost the ability to really converse with each other and discuss differences because we no longer listen.

We should also be slow to speak.  Instead of jumping in and arguing against what we think someone meant, let us slow down and think about our answer.  Really consider what they have said instead of leaping to conclusions which we feel we must swiftly correct.

Finally, we are told to be slow to anger. Keep a calm head!   Intentionally fight off emotional responses from your temper.  Listen, choose your words carefully, and control your temper.

If we would apply these nuggets of wisdom, the scalding fits of anger won’t continue to hurt those around us and our world will be a calmer place.